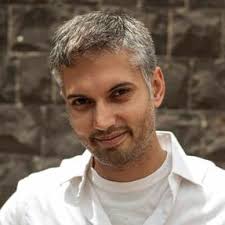 Sandeep Rai took a unique approach to explain the topic of “Essential Ingredients of Entrepreneurs.” He started this talk by giving his background from his childhood to present day life and his journey with his current organization Teach for India.

He  connected with the audience in a very  creative way and explained the concept ‘the five key ingredients for entrepreneurs’– (i) Purpose (ii) Proximity (iii) Possibility (iv) Perseverance (v) Perspective with examples from the lives of five Fellows from Teach for India.

To explain Purpose he took the story of Jay Mishra, who grew up in a low income family and who was first in the family to step into college. He joined Teach For India as a fellow and started giving back to society. While explaining about Proximity he sighted the story of Rupika, a 2015 fellow of Teach for India. She taught kids in Jehangirpuri Slum in Delhi for 2 years and later started her own initiative to serve the same community. Rupika now spends 4 hours in a day with the community for its betterment. Continuing with the concept of Possibility, he narrated the story of Soumya, a software engineer by profession quit his job in 2013 to join Teach for India as Fellow, with a vision of build better India and to elevate high school drop-outs. Post his fellowship he started a school for children from low income community with a mission to have 20 schools in Pune by 2025. For Perseverance, he took the story of Madukar, 2009 Teach for India Fellow, taught leadership skills for kids, who faced a tremendous pressure from family to quit fellowship and go back to corporate. But instead he continued to focus on his mission and started an organization called Pune City Conduct. He now works with top government officials on how to revamp education system. He also runs another organization called Leadership for Equity.

Finally, to explain Perspective he quoted the story of Tarun, 2009 Teach for India Fellow. Tarun is a Harvard Graduate and worked in Unilever for two years before joining Teach for India. He taught grade 2 and grade 3 kids and realized how children from a low-income group are not getting the proper education. This made him start an Organization called In this Action, which works towards the implementation of Right to Education act and so far he has helped 35,000 kids from low-income group to get into Private schools.

Sandeep is the Chief of City Operations at Teach for India. He joined Teach For India in 2009 after having worked as a fundraising consultant with Ashoka and teaching secondary science in Washington DC, as a Teach For America corps member. His experience in the classroom deepened his resolve to contribute to the educational reform movement and motivated by the same – he has led the creation and implementation of Teach For India’s first Institute. Sandeep has also worked in a number of different capacities across Program, City Operations and Knowledge. He has a Master’s Degree in International Affairs and Economic Policy from Columbia University, New York.